What’s Happening Behind the Door of Studio A? 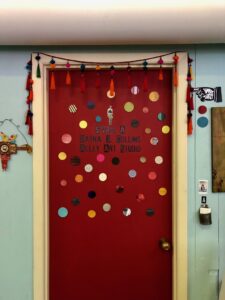 In August of 2014, my friend Tory and I were invited to join a group of artists who were opening a studio space at the Willamette Heritage Center; we named ourselves the Art Studios at Mission Mill. The space was pretty bland and boring, but in no time at all, we put our mark on our chosen studio: Studio F. 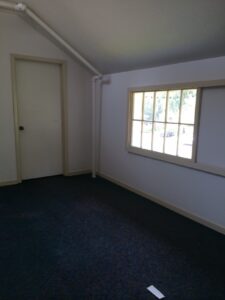 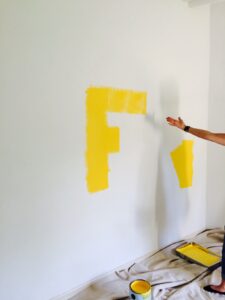 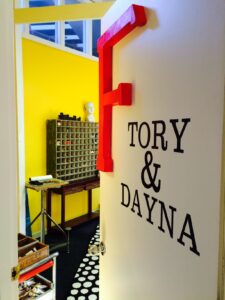 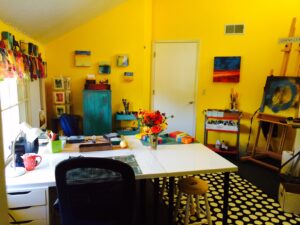 Studio F By Myself

Then, in June of 2015, two studios opened up. When a studio space opens because an artist leaves, anyone who is interested states their interest and if more than one artist is wanting the vacant space, names are put in a hat and an impartial person draws out a name. Studio A and B both opened in 2015 and several of us put our names in the hat for Studio A. I didn’t get it, but Studio B was also open and Tory put her name in for that one and she got it, leaving me to have all of Studio F for myself. 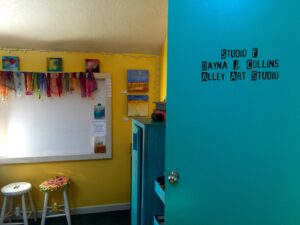 Fast forward to October, 2016, when Studio A opened up again. Two of us put our names into the hat, Rollie and myself, and we asked Max, the bookbinder, to draw a name. 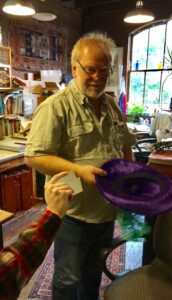 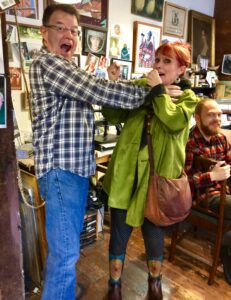 This time my name was drawn and I moved to Studio A, leaving Studio F available, which Rollie moved into. Are you still with me? After all, this is about Studio A . . . . 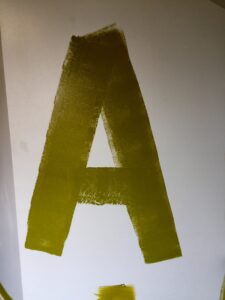 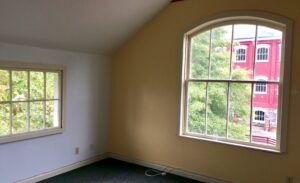 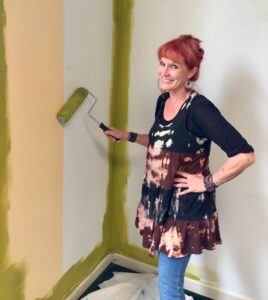 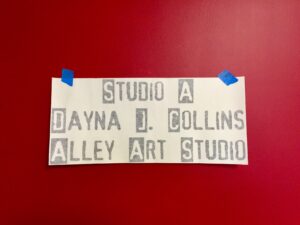 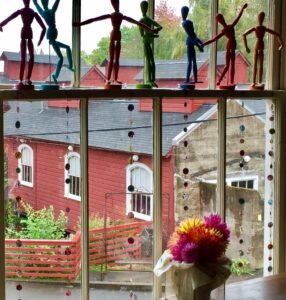 By the time I moved down the hall to Studio A four years ago, I had already moved my painting practice home and started using my Mill studio for paper and collage projects. I quickly filled my space to the brim, the BRIM, with ephemera, black and white photographs, handwritten letters, typewritten documents, 3D tidbits, vintage this and vintage that . . . . 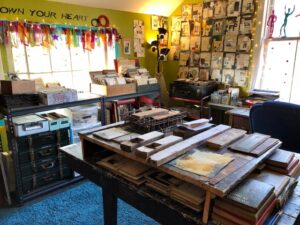 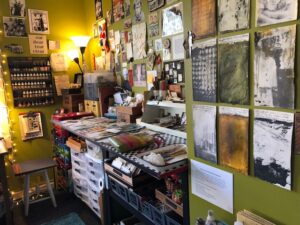 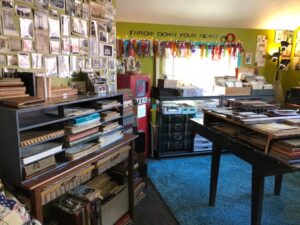 You get the idea. Although my projects morphed from my What’s Your Story collage series using black and white photos to using discarded books to create Salvage Collages, I just kept schlepping stuff into my studio, tucking things tighter and deeper. Fortunately, I’m organized, so things always looked pretty orderly, but the space was plump with stuff.

And then the pandemic hit in March. I started working on collages at home, so I took everything related to my Salvage Collages to my home studio: old books, book pages, book scraps, book linen, book boards – several loads over several weeks. I was content to work on book board collages for several months. Then two weeks ago, as my collage work was taking yet another turn, I found I was wanting more of my original paper collage materials: the letters, the ephemera, the booklets, the multitude of paper things I had tucked in bins and drawers. So with the help of Howard, we started making trips to the studio to bring things home. I discovered I wanted to bring it all home, not just the paper stuff, but also the fabric, trims, negatives, the whole shebang. We brought load after load and dumped it in the basement, my auxillary studio where I have all of my assemblage, found objects, and book collage material. 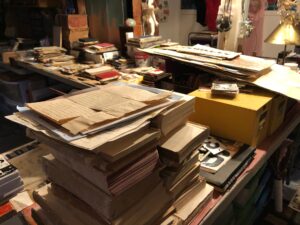 It two weeks to bring it home and two weeks for me to sort and find a place for it. At first it was so I would have access to the materials, but then it became about revamping Studio A.

Yesterday I brought home the remnants of what I wanted out, along with some of the furniture that filled the space. Today I spent the morning patching the holes (there were alot!), painting the patches, and vacuuming all of the nooks and crannies. 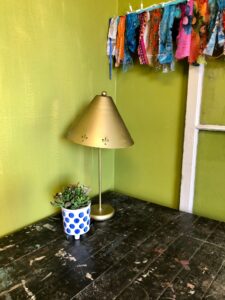 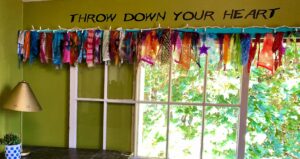 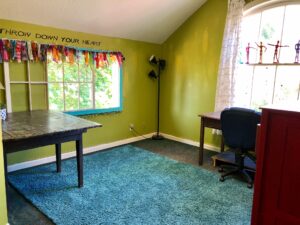 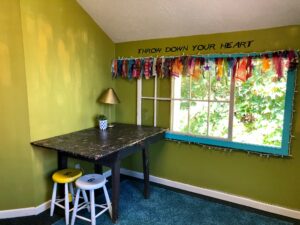 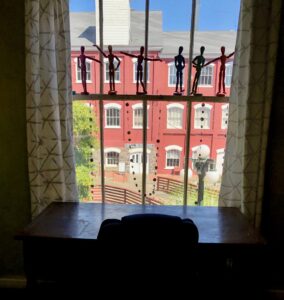 I love how sparse it is right now and full of possibilities. I have absolutely no idea how I will use my refurbished, refreshed, and quiet space. Maybe for reading art books that I never seem to have time for. Maybe for journaling. Maybe for writing about ideas. Maybe I’ll bring a specific project to work on. Or bring a limited number of materials and do a collage or journal page using only what is before me. Maybe, maybe, maybe . . . . . 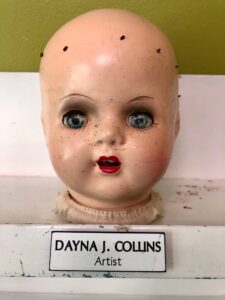