The Evolution of a Scavenged Painting 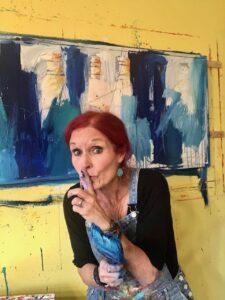 About ten years ago I discovered this 25×49 inch framed painting on canvas at a local Goodwill; I think I might have paid $25. I didn’t buy it for the painting, but as an inexpensive canvas to repurpose for my own art. The canvas got tucked away in our shed, and I forgot about it. Last year I rediscovered it and took a closer look. It was signed on the back by M. Runyan and it had been painted in 1985. I asked my artist friend Bonnie Hull, who is familiar with many artists in Salem over the years, if she knew of the artist, but the name didn’t ring a bell. So I decided I would give the painting a makeover. And as it turns out, another makeover, and then another until I was finally satisfied. For now, anyway. 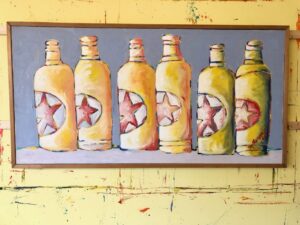 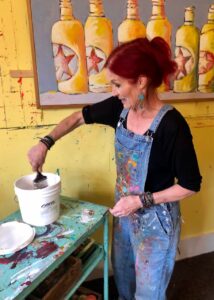 I opened a big bucket of gesso and began erasing the six starred bottles (I kind of cringed and then cried a bit). 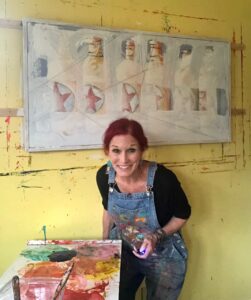 And then I began applying paint. 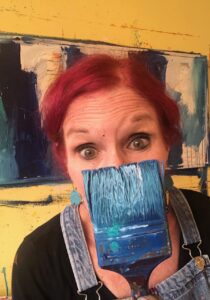 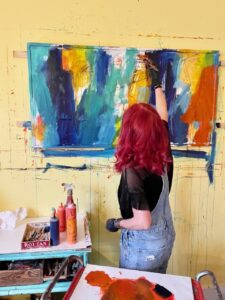 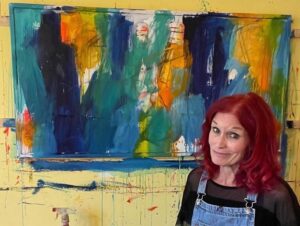 Life got busy and once again I abandoned this canvas. The bottles were gone, gesso applied, and some bands of color slapped on. Not sure where I stored the canvas, probably in the upstairs hallway, but it got tucked away until last July when I pulled it out again. This time I started adding swaths of black, green, pink, and burgundy. 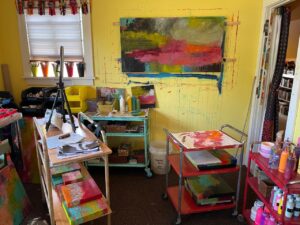 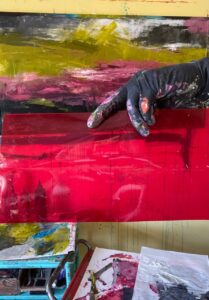 It was at a stopping point and I hid it away again for many months. Until two weeks ago when we packed it into our car and drove to Astoria. I thought maybe it would look nice in our House of Color since we were in need of a piece of art above our couch. 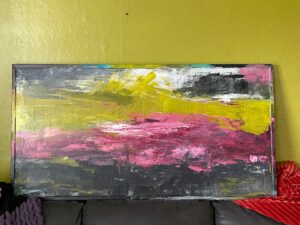 Nope. It didn’t look good at all and I didn’t even like the painting anymore, so instead of dragging it home, I took it upstairs to my studio and painted some swaths of wild color. 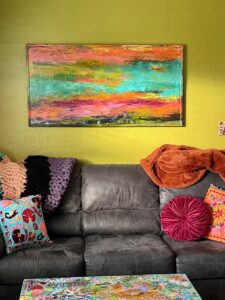 It was fine, kind of fun, definitely colorful, but it lacked any kind of KAPOW, so back upstairs it went. I pulled out more paint, began spreading, scraping, and marking. 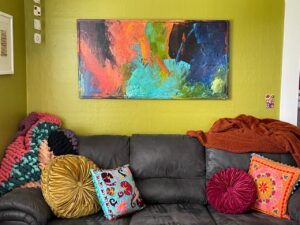 It was finally what I had wanted all along (but didn’t know what that was until it appeared). Here is the final painting and some close ups of different areas. 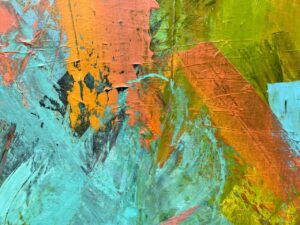 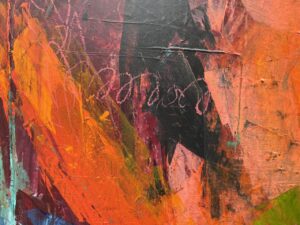 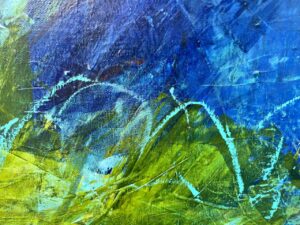 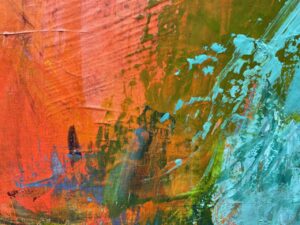 But guess what? I needed a big painting for Fogue Gallery in Seattle, so this finally finished pop of color piece of art will be heading north on Thursday and be on display and for sale just in time for the Georgetown Art Attack on Saturday, April 7.

And the wall above our couch is once again empty and in need of art.